Most common applications in water treatment use a simple air stripper. The difference is that the pH is adjusted to 4 – 5 which will convert the soluble sulfide ion completely to a dissolved gas as hydrogen sulfide. The gas then is volatile enough that by blowing air counterflow to the water, the hydrogen sulfide will be removed from the water phase.

The principle of operation is exactly as described on our basic air stripper information.

The hydrogen sulfide that is stripped off is usually a very small quantity and can often be released without further treatment. Where the odor would be objectionable or the quantity larger, the air can be sent to a scrubbing stage where the hydrogen sulfide is absorbed and treated with an oxidizing chemical converting it into sodium sulfate. The result is a very small quantity of a neutral salt that no longer has an odor. Since it is concentrated compared to the main stream, there is only a small stream from the scrubber stage. 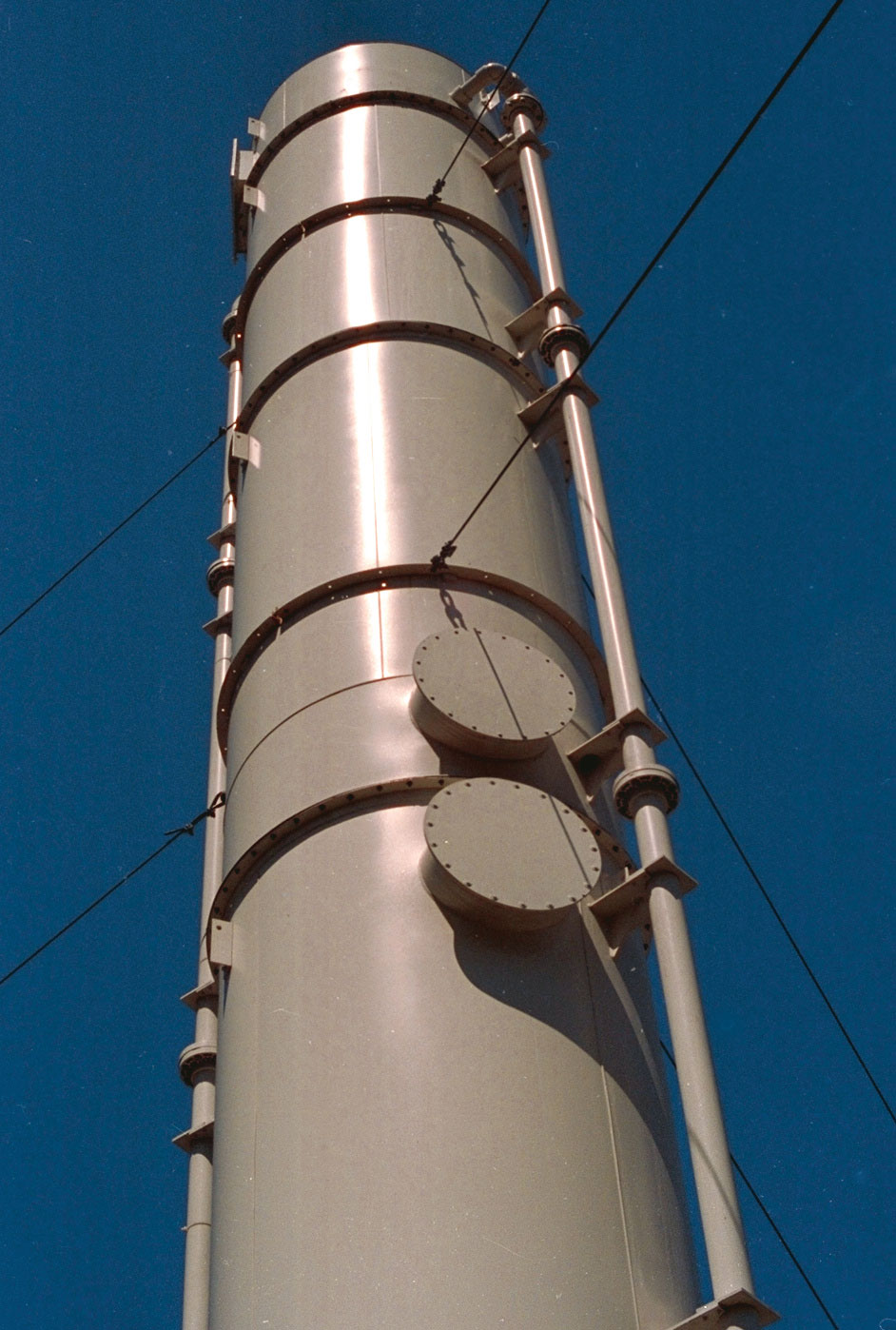 In other applications, the hydrogen sulfide is sent to a thermal destruction system to eliminate the odor. In some services, natural gas is used instead of air as the stripping medium so that the resulting gas can be sent directly to a flare. In some recent systems, an RTO (Regenerative Catalytic Oxidizer) is used to treat the exit air resulting in no additional water discharge. Branch can provide the entire package as requires. We can design using natural gas instead of air if requested.

The most common materials of construction are Fiberglass for water treatment systems. For natural gas operated strippers Carbon Steel is usually used and built in accordance with ASME Code Section VIII Division 1. Special material of construction including different alloys have been provided.

Use the form below to tell us how we may help you further.

We're here to help with your air pollution control needs.